It's veganuary, or didn't you know?

I’m a big fan of dumplings, in particular the Wagamama kind whenever I get to Dublin or Cork. These ones are a little different. Think the Italian answer to knödel as bread dumplings found traditionally in the north east of Italy.

In the past they would have been regarded as something of a poor man’s food, made with stale bread and a little milk to moisten things up for the cooking.

If you’re following a Veganuary drive (going vegan for January) or you’re looking to up your plant-based or vegan eating habits, this one could be for you.

The ingredients should be fairly accessible and the steps are pretty straight forward. You’ll find a vegan friendly recipe here every Monday for the month of January.

The following is a guest recipe from the Vegan Society. 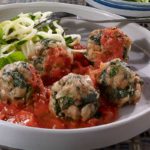 Don’t have access to a steamer or steaming basket? Here’s a few handy alternatives.

This recipe was originally sent to me to mark World Vegan Month (November) and while the month has come and gone, January is a good time to revisit it.